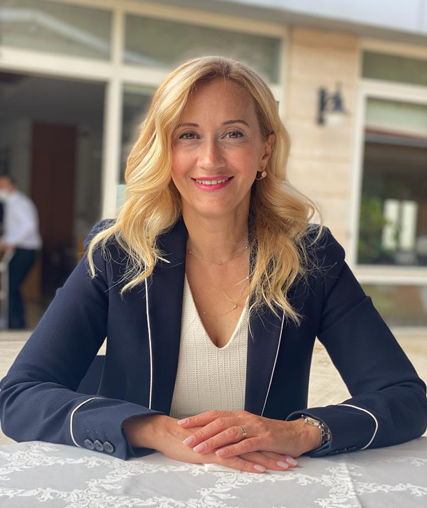 Erem Bilensoy is a full professor of pharmaceutical technology. She graduated from Hacettepe University Faculty of Pharmacy in 1992 and obtained her double Ph.D. degree with “mention tres honorable” with a co-tutelle thesis between Université Paris-Sud and Hacettepe University in 2002 under the supervisions of Dominique Duchene and Atilla Hıncal on the evaluation of amphiphilic ß-cyclodextrins modified on the primary face as novel excipients in the preparation of nanospheres and nanocapsules. She has received full professor position in 2013 from Hacettepe University Faculty of Pharmacy Department of Pharmaceutical Technology. She is the author of more than 80 scientific articles published in SCI indexed journals, 15 international book chapters. She has given more than 30 invited lectures, 300 oral and poster presentations receiving more than 2050 citations with a current H-index of 26 (SCOPUS) .

Erem Bilensoy is the Editor of the book “Cyclodextrins in the Field of Pharmaceutics, Cosmetics and Biomedicine: Current and Future Industrial Applications” published by John Wiley&Sons in 2012. She has been awarded Honorary Member of Hellenic Society on Nanotechnology for Health Sciences in 2017 and Hungarian Society for Pharmaceutical Sciences in 2018. Being the recipient of several scientific and professional awards, she recently won the Science Award of Turkish Pharmacists Association TEB in 2018.

Dr. Bilensoy served as the president of Bioavailability/Bioequivalence Evaluation Commission member for Turkish Medicines and Medical Devices Agency for 10 years (2007-2012, 2016-2019). She was appointed as Vice Dean of Faculty of Pharmacy between 2010-2013. She is founder member and head of steering committee for EUFEPS Network on Nanomedicine since 2010 and Executive Board Member for European Cyclodextrin Society since 2009. She is Editorial Board Member of the SCI indexed scientific journals Recent Patents in Drug Delivery and Formulation, Farmacia Journal and Turkish Journal of Pharmaceutical Sciences.

Erem Bilensoy joined the European Federation for Pharmaceutical Sciences EUFEPS Executive Committee in 2012 and was elected as President of EUFEPS starting from June 2015. Her mandate as EUFEPS President was completed in 2019 and she is now serving as Past president at the EUFEPS Executive Committee and PSMO representative at FIP Board of Pharmaceutical Sciences. Dr. Bilensoy was recently elected as Board of Trustees Member for EPSA European Pharmacy Students Association and recently joined the EUFEPS Network on Bioavailability and Biopharmaceutics to chair the Steering Committee. Her current research interests include targeted nanoparticles in cancer therapy, cholesterol-tergeted nanoparticles to overcome multidrug drug resistance and enhance cellular delivery, applications of proteomics, metabolomics and lipidomics to develop nanomedicines, cationic nanoparticles and their mucosal/oral applications, cyclodextrin-based drug delivery, inkjet and 3D printed drug delivery systems, biomedical applications of nanoparticles to complex diseases like cancer and NAFLD and regulatory approaches on bioavailability/bioequivalence and simiilarity of non-biological complex drugs. Erem Bilensoy is married and has a daughter named Deniz and lives in Ankara, Turkey.